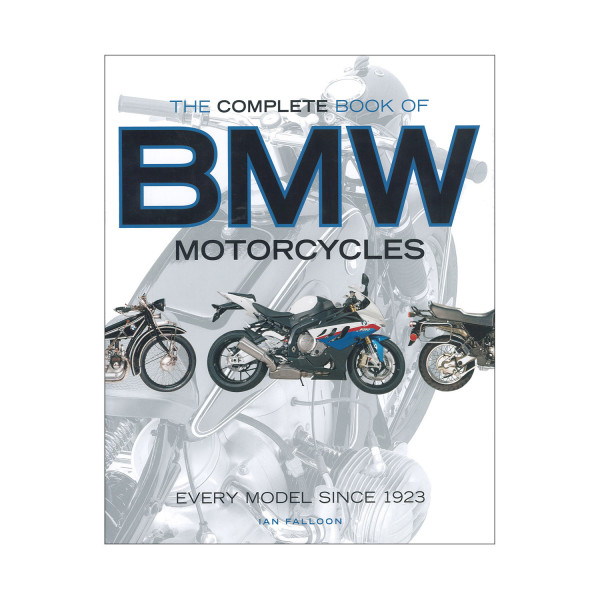 AFTER BEING BANNED FROM BUILDING AIRCRAFT after World War I, Bavarian Motor Works turned to motorcycles, releasing the R32 in 1923. Thus began a line of innovative motorcycles that has endured more than 90 years. With iconic models like the Isle of Mann-winning RS255 Compressor, the R69S, the R90S, the R100RS, the R80G/S, the K1 "flying brick," the R100GS Paris-Dakar, the R1100S, the S1000RR, the K1600GT, the F800GS, and countless others, BMW motorcycles encompass not only performance, but also dual-purpose, sport touring, luxury touring, commuter, and motocross.
For the first time ever, The Complete Book of BMW Motorcycles: Every Model Since 1923 collects all of these great motorcycles in encyclopedia form, written by widely respected motorcycle historian Ian Falloon. All of the major and minor models are covered, including the iconic boxer twins, singles, triples, fours, and sixes. From the historic racing bikes of the 1920s and 1930s, to the current S1000RR Superbike, along with all the incredibly successful GS series, every BMW from the original R32 to the latest water-cooled boxers and Superbikes are covered. Whether we love the airheads, the oilheads, the flying bricks, or any of the other amazing machines that BMW has unleashed on the motorcycling world, this book is an essential addition to every motorcycle fan's library.