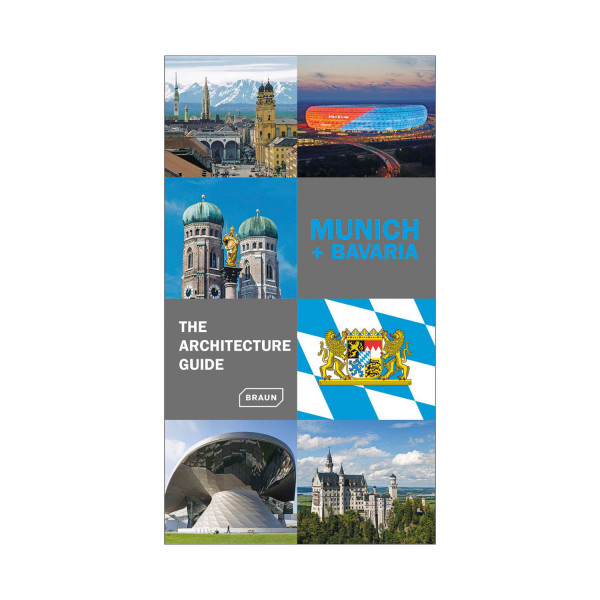 Beschreibung
Beschreibung
Munich has been for centuries one of Germanys most prominent architectural hubs. The Bavarian... mehr
Menü schließen
Produktinformationen "The Architecture Guide Munich + Bavaria"

Munich has been for centuries one of Germanys most prominent architectural hubs. The Bavarian capital boasts a long tradition of extraordinary buildings while also being distinguished by a wealth of contemporary architecture. The range of highlights extends from the late Gothic Frauenkirche via the classicist masterpieces of Leo von Klenze to the functional-elegant main train station of post-war modernity, and spectacular contemporary buildings such as the BMW Welt or the Allianz Arena.
Proven experts guide the reader through all the historical architectural eras of the popular metropolis in the South of the country. In addition to the most important buildings in Munich itself, the guide book also presents architectural masterpieces in Bavaria, one of Germanys most popular destinations. The chronologically structured chapters and the colored illustrations vividly present the characteristic features of each era. In addition to individual buildings, important ensembles and the key architects of Munich are featured.