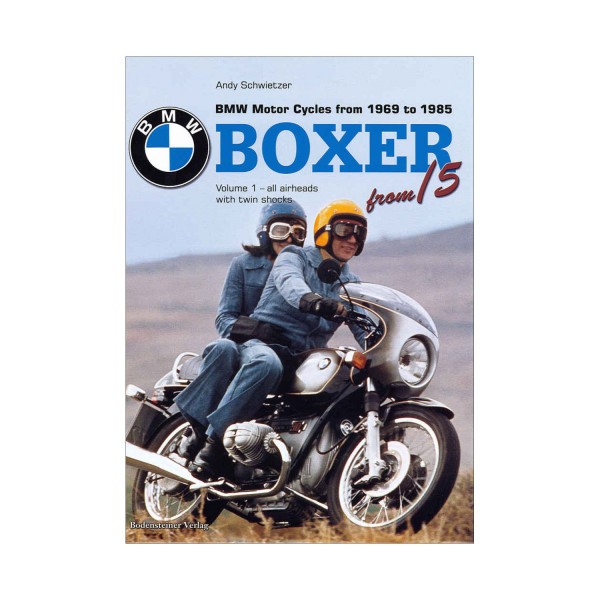 Beschreibung
Beschreibung
The book that enthusiasts had waited for! This is the English translation of the first volume... mehr
Menü schließen
Produktinformationen "Boxer. BMW Motorcycles from 1969-1985 (engl.)"

The book that enthusiasts had waited for!

This is the English translation of the first volume of a two-part publication about BMWs two-valve boxers air cooled Airheads (see below).
The German version of our first volume has been selling well for over a year now and has received many favourable reviews. This success has highlighted the need for an English language version.

Volume 1 covers all models with twin shocks. The second volume (German version) will deal with all monolever and paralever models, is in the course of preparation.

Never before have technical details been presented as thoroughly as in this book. It includes a complete set of colours and equipment details. The numerous, and often invisible, changes and adjustments made by BMW during production have been listed meticulously. In addition, there is a complete list of frame numbers which is linked to the introduction of the changes. Advice on buying and refurbishing airhead models is also given. A separate chapter deals with models built for the U.S. market.