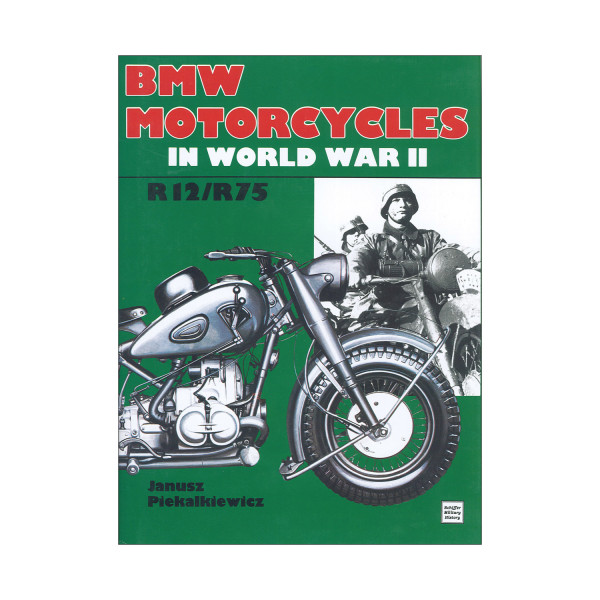 This documentation deals with an infrequently written about topic: motorcycles in combat.
The heavy "Kriegselefanten" (war elephants) BMW R 75 with its powered side car is now presented in full detail. In over 220 photographs, most unpublished, this book shows the history of the R 75 in action from the deserts of North Africa to the wintry steppes of Russia. Almost every situation in which the R 75 was used in combat is shown in these exceptional photographs  much interesting and new information is presented. Also, the Wehrmacht service which used the middle and heavy BMW motorcycles such as the R 16 or R 12, which were the precursors of the R75, are shown. A former German sergeant of a motorcycle company gives his combat experiences with the R 75, while German army documents give a view into the technical details of motorcycle combat operations.
Exact technical drawings and photographs, along with detailed descriptions, introduce the reader to the technical aspects of the R 75. The technical section presents the complete data on the R 75 and gives a listing of all middle and heavy BMW 2 cylinder production motorcycles and their variants. This book is a trove of interesting historical and technical details, much of which has been unknown till now.